And there is more good news: On 01 December Velin Velikov joined our team as Service Engineer. He will be responsible for installation, service and maintenance of Ersa stencil printers, soldering systems as well as rework and inspection systems. Velin Velikov has an education in Automation, Information and Control Technology joining Ersa with several years of experience in the service and maintenance of automation machines. We are pleased to welcome Velin to our team and to expand the good Ersa quality in Bulgaria with such a motivated and experienced colleague. 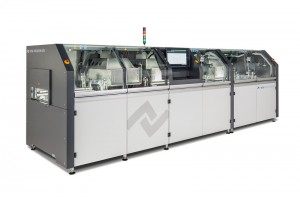 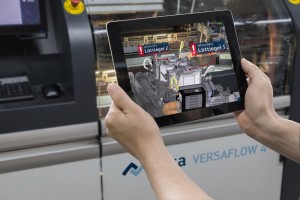 VERSAFLOW 4 – Making The Best Even Better!

With the VERSAFLOW 4/55, Ersa present the next generation of the world-wide leading VERSAFLOW inline selective soldering system, offering a full range of new features: the new, intuitively operable, award- winning user interface ERSASOFT 5.0, motorized adjustable Y-axis for fluxer- and solder module, Y- and Z-variability, full convection preheaterand a 508 x 508 mm usable process area for inline production. Through the perfect interaction of all system components, the process flexibility is once more increased and the productivity is further optimized.

Ersa’s new high-end VERSAFLOW 4/55 is the ideal selective soldering system for large and complex board assemblies in electronic manufacturing. Because of its modukar design, and depending on the applications and the demands placed on the system, additional flux-, preheat- and solder modules can be integrated. All modules run aautonomously through their configured programs. Set-up times and operator interventions are not required,  which means that the system is always operating at the highest level of productivity and process flexibility. At Productronica, Ersa will introduce the VERSAFLOW 4/55 with the new Augmented-Reality Tool Ersa IMAGESOFT, which allows, with a tablet PC, 3D-views of the complete system – without having to open the system enclosure!

Save on operating material, increase throughput

A soldering expert will find inside the enclosure of the 4/55 an environment densely packed with innovations, starting with the infeed section: The “bad-board-recognition” recognizes whether in a multiple-up board each board needs to be soldered. If individual boards are not populated, the system will recognize this and not process these boards, saving process material and increasing the throughput. The fluxer module can be equipped with up to four multi-drop fluxer heads to simultaneously flux four PCB’s. For the preheat section, Ersa now offers newly developed, rpm-controlled full-convection upper heater modules. With this superior technology, components on the topside of the board assembly receive the best possible thermal protection while being gently but efficiently warmed up.

Innovative functions have also been added to the solder modules: The options Y- and Z- variable, previously separated in dual bath modules, are in the VERSAFLOW 4/55 combined and their parameters can be stored in solder programs. The parameter Y-variable adjusts the distance of the two solder bath / solder nozzles automatically to the distance of the individual PCB’s in the multiple-up assembly. Different multiple-ups with different offsets can be processed in mixed operation – without manual intervention into the solder module and the attendant downtime. The option Y-variable is also available for the fluxer module. The Z-variable option serves to solder on one PCB with two different sized nozzles. With the new design, the solder bath not in operation can now be lowered to up to 60 mm below the operating level, to allow soldering between very tall components using only one nozzle.

To monitor the condition of the wettable surfaces of the nozzles while in operation, an IP-camera is installed in the VERSAFLOW 4/55, which controls, looking from varying angles, the process safety of the solder nozzle, and, if called for, starts the activation process for the nozzle surface. The camera also monitors and controls the solder wave height. An additional highlight in the process monitoring is the continuous monitoring of the rest-oxygen level at the solder nozzle – the protective atmosphere is an important parameter for achieving superior solder results. Aside from these hardware improvements, the operator was not neglected and user friendly handling of the system was an important concern: The completely new, intuitively operable system software ERSASOFT 5 is based on the newest Microsoft technology and operated via a 24” touchscreen. It also permits complete process monitoring and visualization, and it reduces the time required to configure process parameters.  Complete process data management, documentation of all process- and system relevant data as well as an interface for the integration of traceability as per ZVEI- protocol respectively MES- systems are important features. Brought to the point: With this VERSAFLOW 4/55, Ersa defines the future of the solder technology! 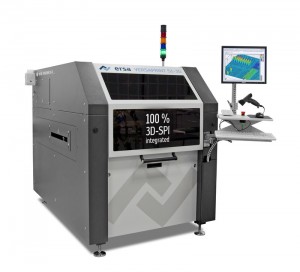 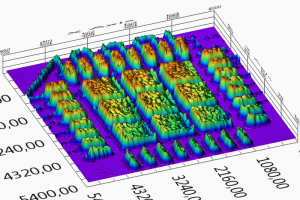 The VERSAPRINT stencil printers with integrated 100% post print inspection have successfully established themselves on today’s market for electronic manufacturing equipment.  The VERSAPRINTS have long since outgrown the status of being “only a simple printer” and have transformed themselves into full-fledged multifunctional systems.  Extending 2D inspection, Ersa now presents the VERSAPRINT 3D-SPI – with even more process control and still minimal floor space requirements.

The idea for the integrated 3D-SPI (SPI is short for „solder paste inspection“) was around for a while, but it needed a viable system base to be realized, which Ersa found in the printer platforms VERSAPRINT P1 and S1. When selecting a suitable method to integrate into the existing printer concept, it became apparent that only the laser triangulation method was suitable. In 3D-SPI systems, the object to be measured is scanned by a laser line and all relevant height information along the line scanned is determined.

Only with this method is it possible to place, in the limited space between printed circuit boards and stencil, a compact camera. In this position, the camera has two functions to perform: firstly, the alignment of the printed circuit board to the stencil, and secondly, the 3D- inspection. The advantage here: Ersa’s development engineers are, through the line scan technology already applied in 2D-inspection, familiar with scanning the PCB – perfect preconditions for building the third dimension on this knowhow. The 3D-inspection assesses properties such as volume, area, height, shorts and offset. Inspection takes places exclusively with laser triangulation and it will record, in case a failure is detected, an additional 2D-image for both, a better presentation and to facilitate the analysis. The 3D-image can be rotated whichever way and allows for a quick and safe analysis – height indications are highlighted in color and, when approaching the limits, they are colored red and yellow

The combination of stencil printer and 100% inspection in a single system is the core feature of the Ersa model range VERSAPRINT 3D-SPI. With the 3D-inspection, Ersa complements the previous 2D-inspection not only with a further version, but offers its customers an important step up to even better process control and safety. The system promises to deliver a degree of automation in the stencil printing process that has not been achieved so far, thereby ensuring a constant process quality, virtually independent of the operator. Are you ready for the third dimension?